Confidence in perceptual decision-making is preserved in schizophrenia 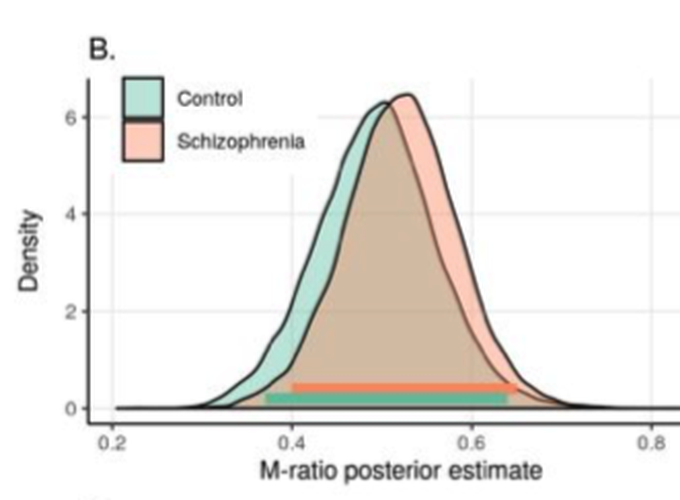 Confidence in perceptual decision-making is preserved in schizophrenia

Metacognition is the set of reflexive processes allowing humans to evaluate the accuracy of their mental operations. Deficits in synthetic metacognition have been described in schizophrenia using mostly narrative assessment and linked to several key symptoms. Here, we assessed metacognitive performance by asking individuals with schizophrenia or schizoaffective disorder (N=20) and matched healthy participants (N = 21) to perform a visual discrimination task and subsequently report confidence in their performance. Metacognitive performance was defined as the adequacy between visual discrimination performance and confidence. Bayesian analyses revealed equivalent metacognitive performance in the two groups despite a weaker association between confidence and trajectory tracking during task execution among patients. These results were reproduced using a bounded evidence accumulation model which showed similar decisional processes in the two groups. The inability to accurately attune confidence to perceptual decisions in schizophrenia remains to be experimentally demonstrated, along with the way such impairments may underpin functional deficits.

Type
Journal article
Publication
In Journal of Psychiatry and Neuroscience